Short link to this page: https://observer.globe.gov/globe1m 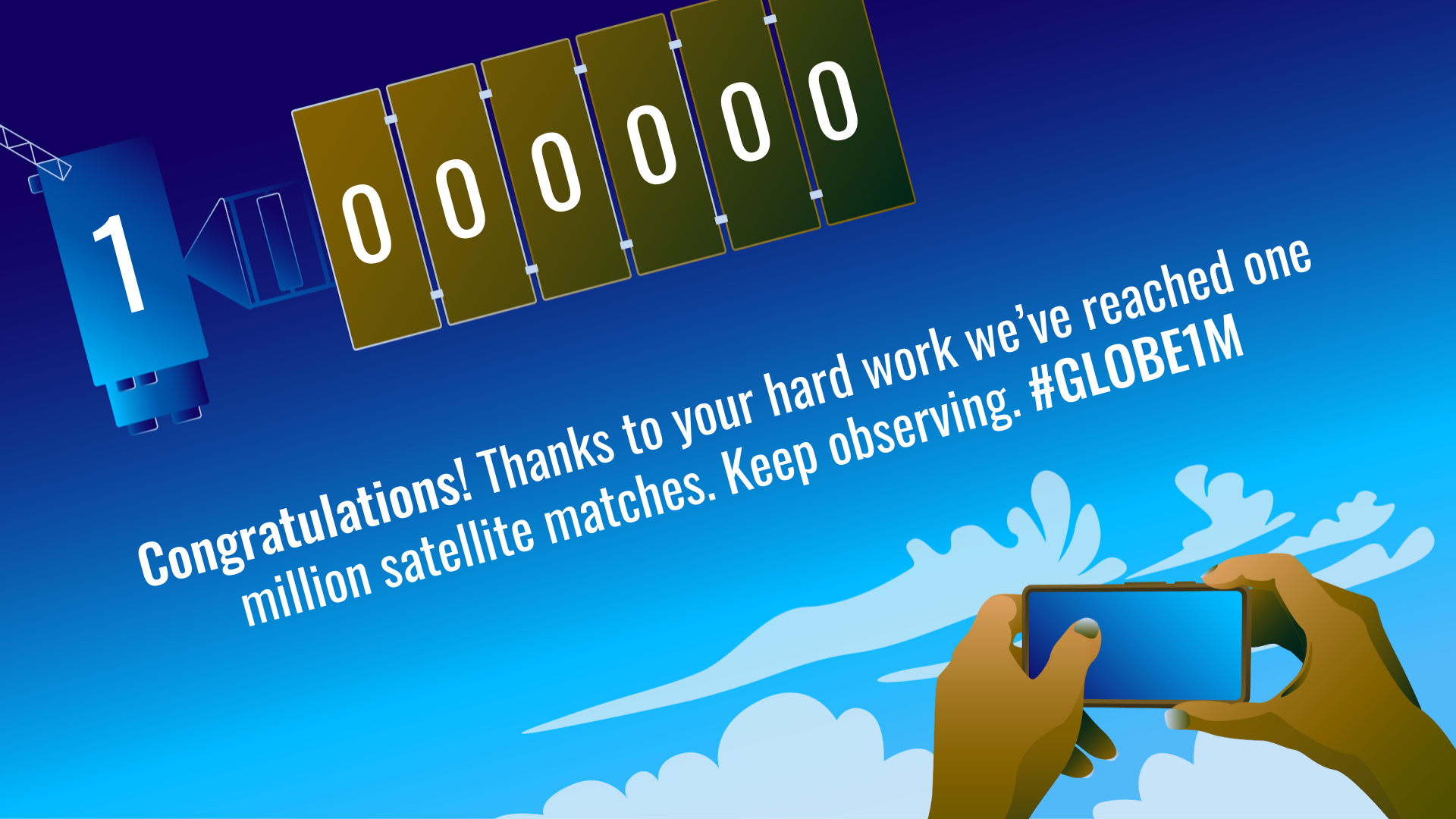 ) Thanks to you, we met this goal. Let's see how many more we can get as we all keep observing the clouds.

In addition to the full recording, you can also watch the pre-recorded excerpts of the congratulatory messages from GLOBE sponsors

, and about the impact of GLOBE Clouds

We welcome you to join our celebration recognizing your contributions to reaching one million satellite matches. How?

Continue to submit your cloud observations to GLOBE.

How has GLOBE Clouds inspired you? What have you learned from the satellite matches? Share a written reflection, short video, or artwork commemorating this event by using the hashtag #GLOBE1M.

The more we observe clouds, the more we learn. Test your GLOBE Cloud skills by taking this Cloud Quiz

While satellites give us a big picture of what’s going on, they sometimes have trouble with the details. Certain cloud types, like thin wispy cirrus clouds, are sometimes hard to detect by certain satellites. Certain conditions like clouds in a snow-filled area make it difficult for satellites to distinguish what is a cloud and what is snow. Satellites can only capture a top-down view of our planet. Your ground observations complement what the satellites cannot see.

When a GLOBE cloud observation is taken within 15 minutes of a satellite observation, then both points of view are matched. Some satellites are geostationary satellites, such as GOES, Himawari, and Meteosat. Others are polar orbit satellites, such as Aqua, Terra, and CALIPSO. The satellite matched data provides an augmented data set for research. When a match is made, the team sends a personalized email to participants with the matching satellite data. Approximately 4K emails are sent to the participants each month.

You can read more about the value of combining ground and space measurements, in the blog "Counting to a Million Matches." You can also learn more about matching to satellites on our Clouds Science page, or check out the videos below.

How to Turn on Satellite Flyover Notifications

Learn how to turn on satellite flyover notifications for your current location. 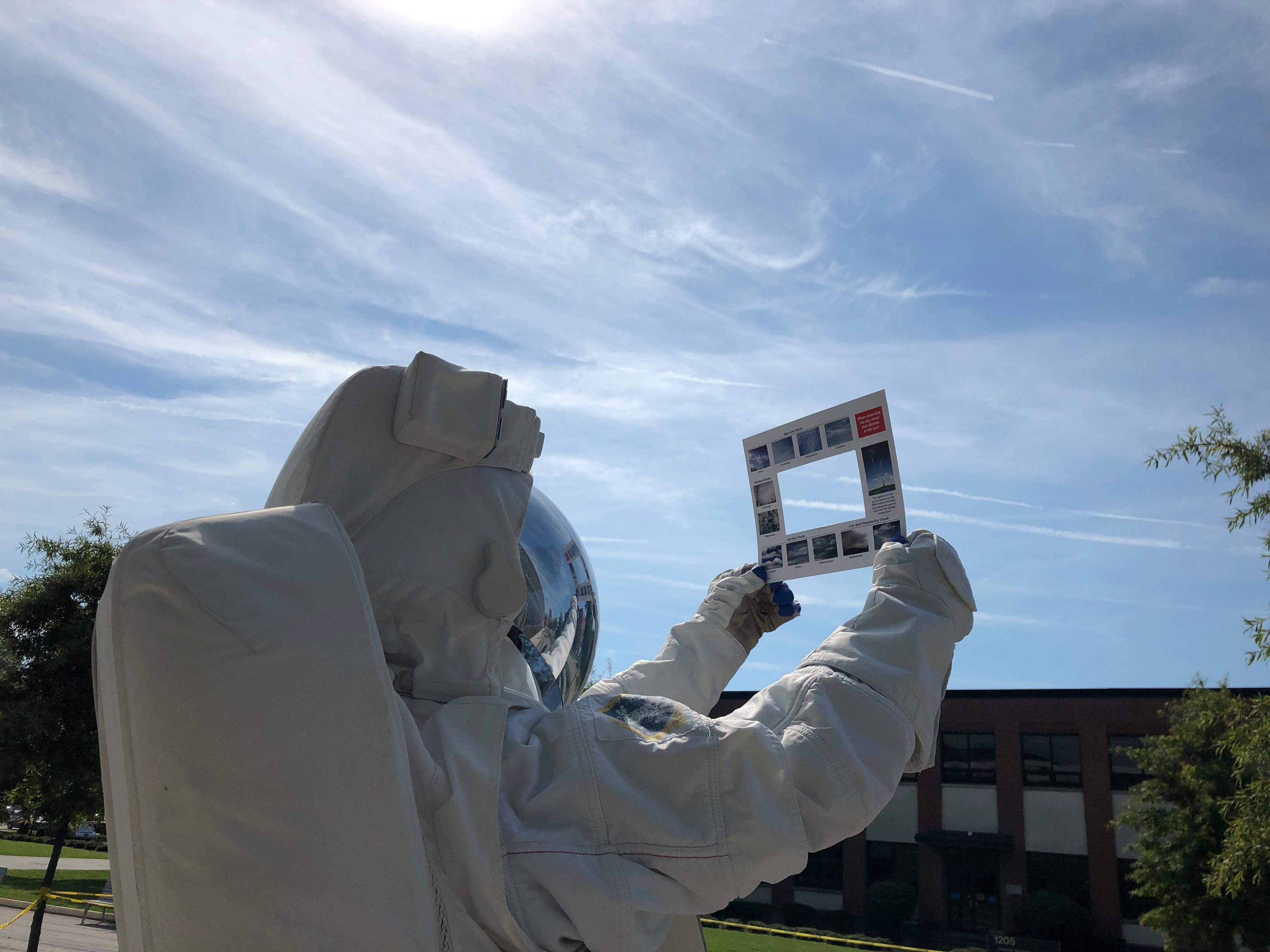 A collection of resources to help families observe clouds together. 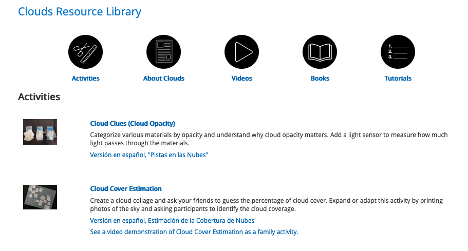 A collection of activities, videos, books and tutorials to learn more about clouds.

Resources For Educators and Program Facilitators 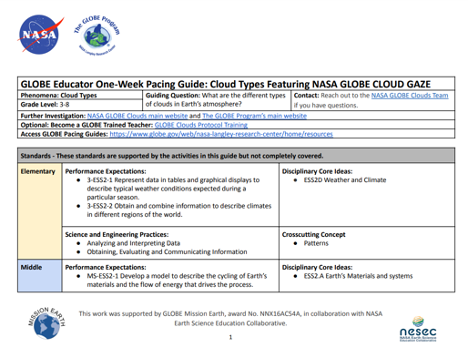 A pacing guide for educators with one week's worth of content related to the question, "What are the different types of clouds in Earth’s atmosphere?" Includes relevant standards, background information, activities, and assessment options. Grade level: 3-6 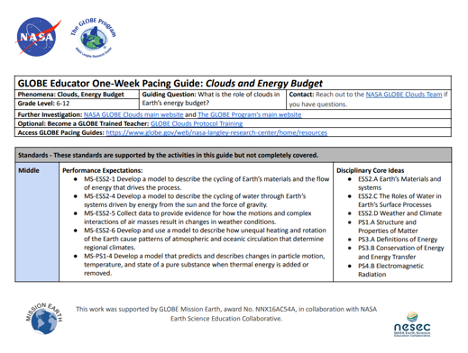 A pacing guide for educators with one week's worth of content related to the question, "What is the role of clouds in Earth’s energy budget?" Includes relevant standards, background information, activities, and assessment option. Grade level: 6-12 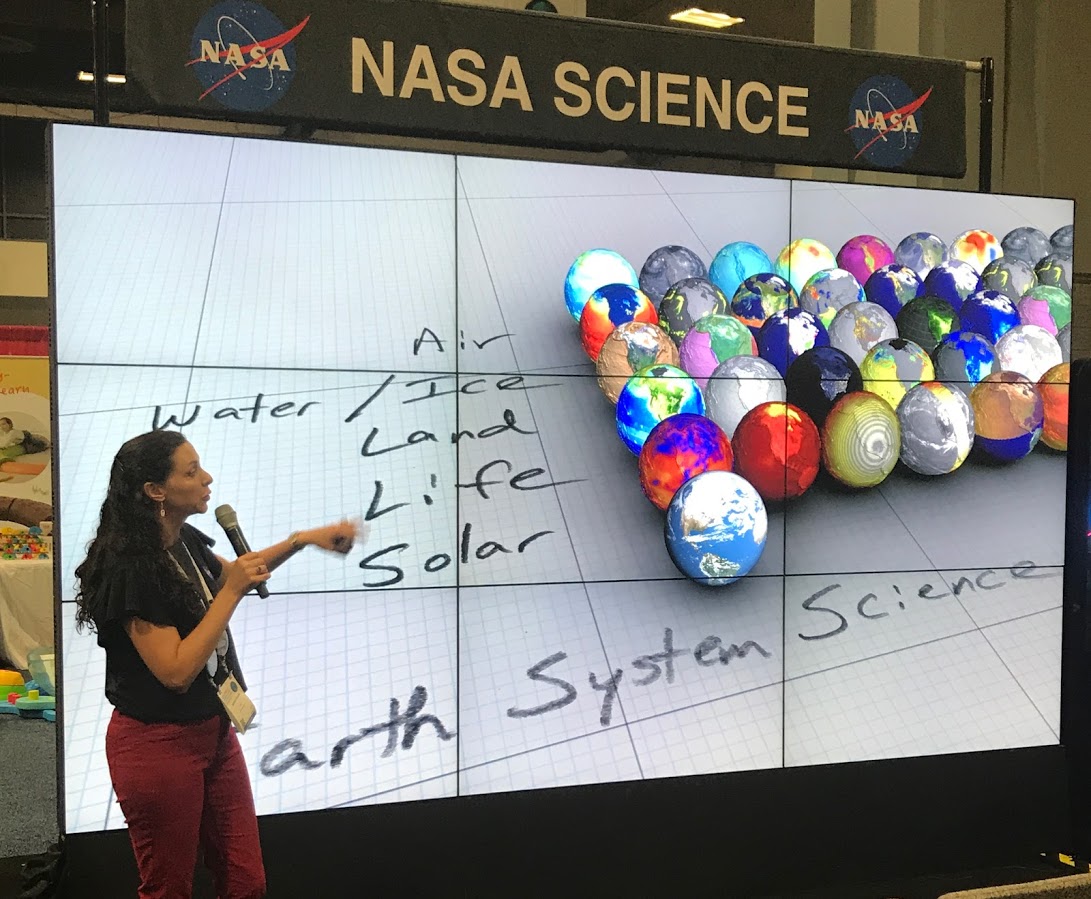 A playlist of five videos with experts explaining the science of clouds and the connections to citizen science, including Jessica Taylor, principal investigator for GLOBE Clouds, on "What is Citizen Science?" [4:08], Dr. Kristopher Bedka on "Clouds and Weather" [9:48], Dr. Patrick Taylor on "Clouds and Earth's Climate" [7:44], Dr. Kristina Pistone on "Clouds and Aerosols [5:24], Dr. J. Brant Dodson on "Clouds Research and Citizen Science" [7:40], and Dr. Bill Smith on “The Solar Terminator Problem” [8:16]. 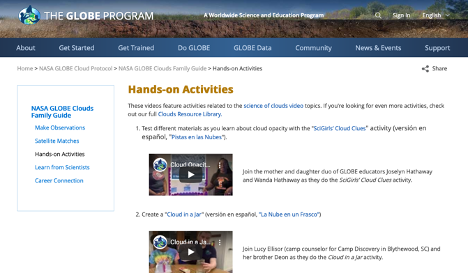 A page of videos featuring activities related to the science of clouds video topics.