Healthy forests play a crucial role in Earth’s ecosystem as growing trees take up carbon from the atmosphere. NASA satellites and airborne missions study forests to see how carbon moves through ecosystems – and now citizen scientists can help investigate this key question as well by using their smartphone to measure tree height.

A new tool in the GLOBE Observer app allows citizen scientists to take tree height measurements, information that can be compared with data from NASA missions.

The GLOBE Observer app provides a step-by-step guide for people to collect scientific data on their surroundings. With the new GLOBE Trees feature of the app, observers record tree height by tilting their phone up and down to align the screen with the tree’s top branch and base, and pace off the distance to the tree; the app does the rest to calculate the tree’s height.

“With the GLOBE Observer app, everyone can become a citizen scientist and easily take measurements to better understand their local ecosystem,” said Brian Campbell, GLOBE Trees science lead. Observers can measure one tree or hundreds. The data points – along with a GPS tag of the tree’s location – are sent back to NASA and collected in a database. Anyone can visualize all of the tree height and other GLOBE data simply by visiting the GLOBE website. 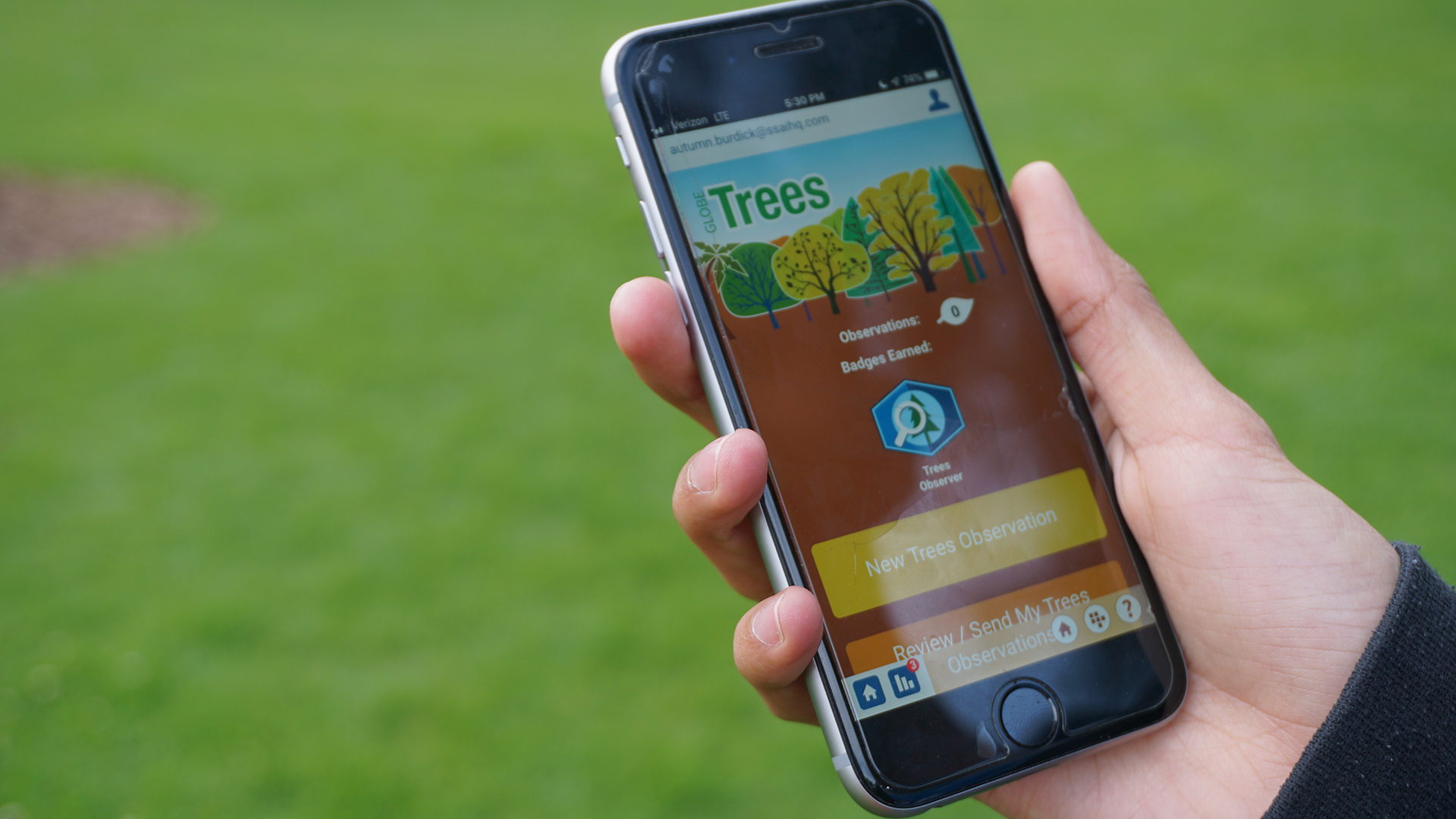 The GLOBE Trees tool is easy to use – by tilting their smartphone up and down, then pacing off the distance to a tree, citizen scientists can measure tree height and add to the GLOBE database.

The GLOBE Program has helped teachers and students gather scientific data for more than 20 years, and expanded in 2016 with GLOBE Observer to bring in other citizen scientists as well. The tree-height project is the latest in a suite of tools that people can use to study their surroundings, following efforts to observe clouds, mosquito habitats, and land cover.

The land cover tool allows citizen scientists to document the vegetation and terrain around them, Campbell said, and adding in the height measurements gives a more complete, three-dimensional portrait of the ecosystem. Scientists need that third dimension to calculate how much carbon is stored in a tree or in a forest – and now citizen scientists can collect the data as well.

Tree height measurements could also help scientists working on NASA missions like the Ice, Cloud and land Elevation Satellite-2 (ICESat-2) and GEDI, which use lasers to measure the height of Earth’s surface below them as they orbit our planet.

“ICESat-2 will measure the heights of forest canopies worldwide – and the GLOBE Observer app is another way to collect even more data,” said Tom Neumann, ICESat-2’s project scientist at NASA Goddard. Citizen scientists in the United States and in more than 100 other countries will gather tree heights from many more places than the ICESat-2 scientists alone could measure.

“GLOBE measurements are going to be useful for the validation of tree heights we’re getting from ICESat-2,” Neumann said. Once the GLOBE data starts coming in, the mission will analyze the information to see where a cluster of citizen scientist measurements overlap with ICESat-2’s measurements, and compare the two sets. “It’ll be interesting to see what the difference is.”

The GLOBE Observer app can be downloaded for free on Google Play and the App Store.