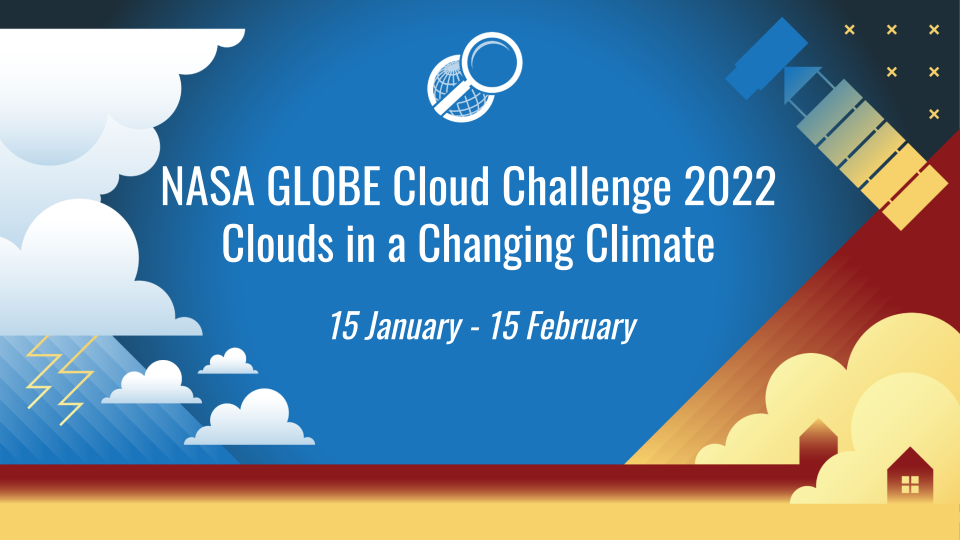 Clouds can give scientists a lot of important information about Earth's climate.

That's why NASA and The GLOBE Program, an international science and education program that engages students and the public in data collection and the scientific process, are once again calling on Earth's citizen scientists to help NASA investigate clouds during the NASA GLOBE Cloud Challenge 2022: Clouds in a Changing Climate. 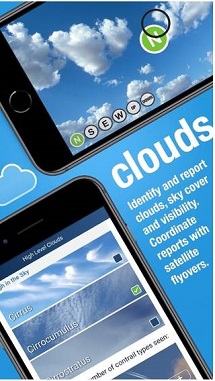 During this year's challenge, which runs Jan. 15 through Feb. 15, we're asking you to observe clouds in two ways.  And while doing so, to consider the following:  How do the clouds above your head connect to what's happening on a global scale?

"Are you seeing more precipitating clouds? Are you seeing less of them? Are there more thick, blanketed clouds that cast more shadows, or are you seeing more of those thin high clouds that are ice and don't cast shadows but hold the heat in the atmosphere?" said Marilé Colón Robles, atmospheric scientist and lead for the GLOBE Clouds Team at NASA's Langley Research Center in Hampton, Virginia. "Each cloud type affects Earth's energy balance differently. That's what we're trying to understand."

The first way that the public can participate in this year’s challenge is by making observations with the GLOBE Observer app (remember to always be safe and follow local guidelines while observing). Participants can time their observations of clouds with that of satellite observations. Satellite matches are a major emphasis this year, and are a tremendous help to researchers, who can use them to help identify clouds that can be difficult to distinguish in satellite imagery. The team is hoping that challenge participants can help them by collectively making, at minimum, 20,000 observations matched to satellite data.

The GLOBE Clouds team tries to match citizen science observations to different satellites including: Aqua, CALIPSO and Terra. The team also matches to various geostationary satellites that are always overhead, which will include NOAA’s GOES-T after its launch later in the year. Participants can check for satellite flyover notifications within the GLOBE Observer app. After you submit your data, watch your inbox to find a personalized email from NASA showing your observations and what the satellite detected.

In addition to cloud observations submitted via the GLOBE Observer app, this challenge is also incorporating NASA GLOBE CLOUD GAZE.

. This program, which began in summer 2021, allows citizen scientists to look at cloud photographs submitted to GLOBE by students, teachers and the general public through The GLOBE Program’s  GLOBE Observer app and tag elements such as the presence or absence of clouds, dust storms, smoke plumes and haze layers. In addition, participants can identify cloud types and point out any other noteworthy observations — all by visiting CLOUD GAZE

on the Zooniverse online platform.

"If it's safe to make observations in your area with the GLOBE Observer, you can, and that is great. However, taking part in CLOUD GAZE

ves us so much information as researchers," said Colón Robles.

NASA and the GLOBE Program look forward to learning more about your experiences with clouds — and not just for all the extra data. Observations increase awareness and that awareness will aid our understanding of not just the clouds but of the climate as well.

"As you collect data or observations, and if you do it frequently, you're developing a story, and that story is meaningful," said Colón Robles. "People are already noticing changes in the skies above them that affect their surroundings. Making observations validates things they've been noticing in a more concrete way and gives us the opportunity to compare what they're seeing to NASA data."

) and share what you're doing by using the hashtag #CloudChallenge. Visit the GLOBE Observer website to download the app and learn more about clouds and taking observations.

NASA sponsors The GLOBE Program. NASA GLOBE Observer is a free smartphone app that lets anybody make several citizen science observations from the palm of their hand.

Have you ever wondered how clouds, the weather, and climate affect others around the world? What is happening, and how is it the same and how is it changing over time? In this special international, and inter-generational video, you can hear perspectives answering those questions.