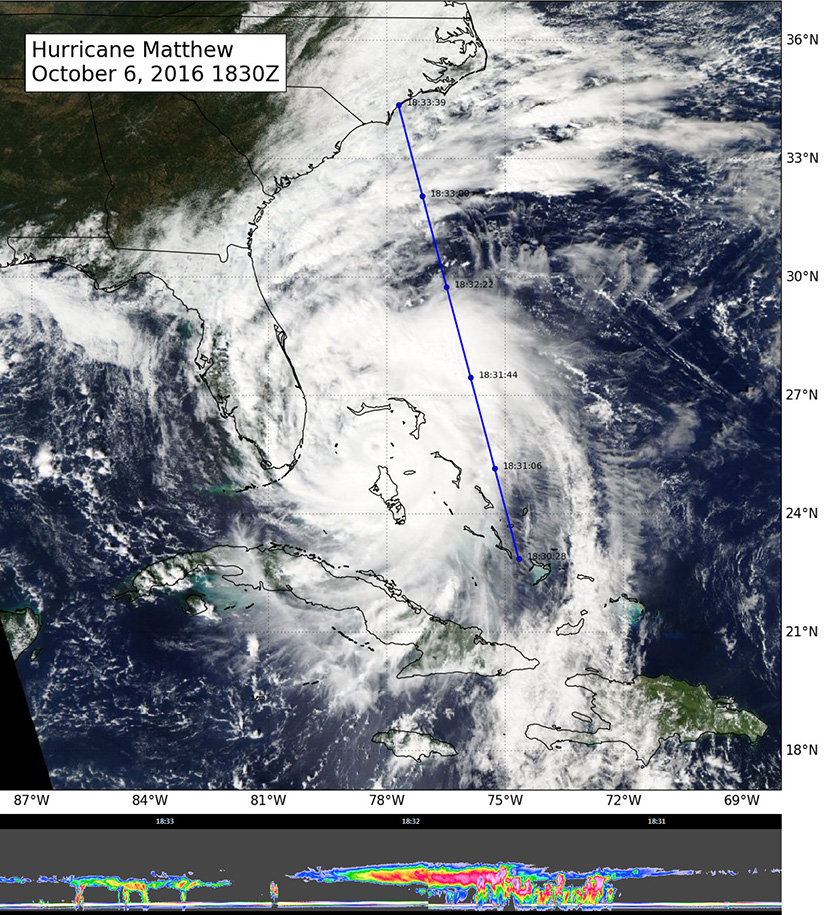 Wishing all of those in the path of hurricane Matthew to stay safe and dry.  Keep updated about the hurricane and more in this week's roundup.

1. IMAGE OF THE WEEK: The above image and data was taken by NASA's CloudSat and shows hurricane Matthew over the Carribean on 6 October 2016.

Let's look at a the cloud types mentioned in the above.

3. CUMULUS: These clouds make for great pictures and can also be found on children's wallpaper.  They are defined as low and puffy clouds that can look like cotton balls, popcorn or cauliflower.

4. CUMULONIMBUS: These showstoppers often herald storms and are known to accompany thunder and lightning.  They are defined as having large and tall billowing towers of cloud with a dark base.  They can also have an anvil shape at the top.

4. PICTURES: See this week's favorite cloud observation submissions on our Facebook page. We will be releasing a new video each week, so keep coming back there for more. You just might see the picture you submitted while using the the #NASAGO app.