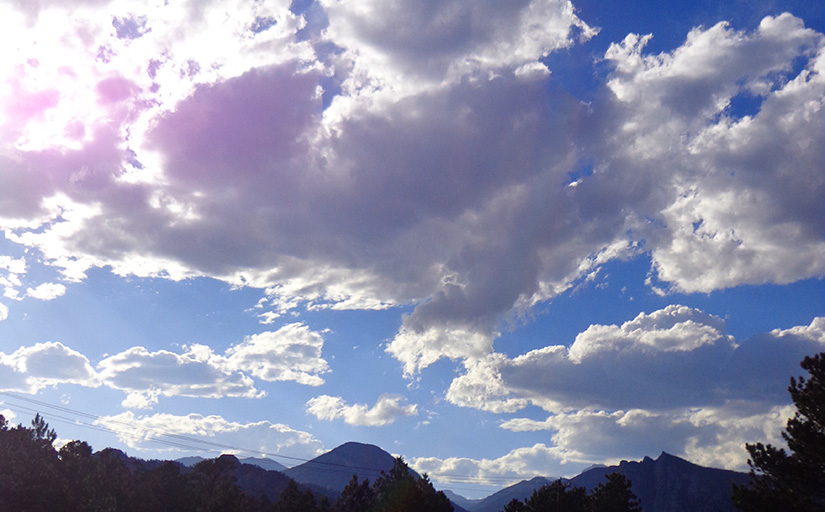 Summer may be winding down in the Northern Hemisphere and school is in full swing for many students. Before we return fully to our daily schedules and activities let’s take a little time to celebrate being out-of-doors as we say goodbye to the summer holidays.

Learn how you can communicate, participate and collaborate with cloud science in this week’s roundup.

1. IMAGES: Labor Day is this Monday, 5 September for citizen scientists living in the United States.  Headed outside for a cook-out, baseball game or other excursion? You can take the GLOBE Observer app with you and make some cloud observations while you’re there. We can't wait to see your photos.

2. READING: Tuesday, 6 September is #NationalReadABookDay. Help your kids -- or kids you know -- become future citizen scientists by reading to them this book from the GLOBE Program. (It is all about clouds.)

3. NEWTON’S LAW: This summer marked the 329th anniversary of the publication of Newton’s Three Laws of Motion.  Without these laws engineers wouldn’t have the know-how to place satellites in orbit around the Earth.  Some of these satellites take the data that scientists use to study clouds.

P.S. The next time you are having difficulty getting ketchup out of a bottle at a BBQ (perhaps during a Labor Day picnic?) practice Newton’s Third Law (see the link below) on the bottle.  You will be surprised at how well it works.

4. COLLABORATE: You can choose to make your cloud observations using the GLOBE Observer app during the specific times when NASA Earth satellites are passing over your area. This allows you to collaborate with real space missions observing our Earth. Check out the app to find flyover times. (See the “Check Satellite Flyovers” button in the app.)  This will tell you when a NASA satellite will be flying over your area.

5. VISIONS: In a portion of his poem I Stood Tip-Toe Upon a Little Hill John Keats said:

"The clouds were pure and white as flocks new shorn,
And fresh from the clear brook; sweetly they slept
On the blue fields of heaven,"