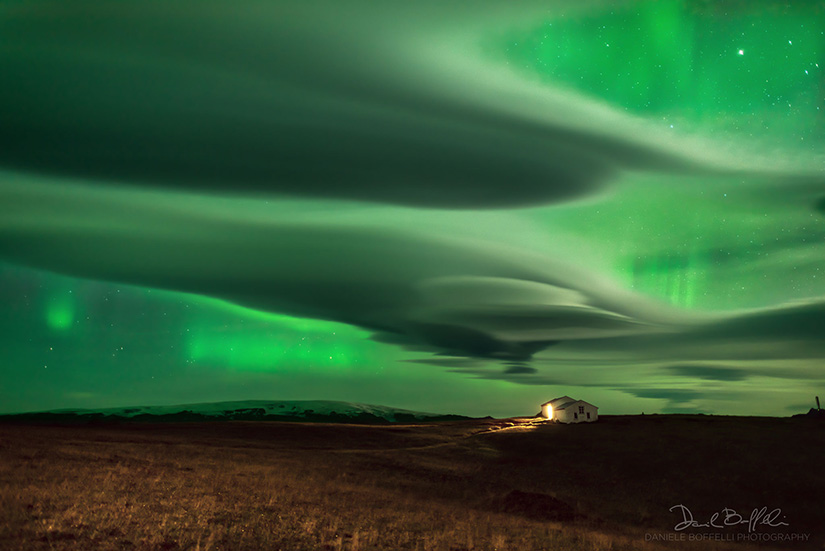 Big question. Do you prefer the spooky or the magical? Much of the below fits in either category, so take your pick from this week's roundup.

1. IMAGE OF THE WEEK: Don't these clouds look eerie? The green glow from auroras in Iceland make for a fantastical photograph. This one was taken by Daniele Boffelli and was featured on NASA's Picture of the Day in November 2015.

Learn more about it and how it is an unusual shot in the link below.

2. ANNIVERSARY: This Monday is Halloween, but it is also NASA's Jet Propulsion Laboratory's (JPL) 80th anniversary. Rocket technology is so important -- without it we would not have been able to make it to space and learn all we know about our Earth; including clouds.

3. SHOOTING STARS: This Friday/Saturday will be the peak of the Taurids meteor shower.  This is a sparser meteor shower, but is known for its fireballs.

"Fireballs are larger explosions of light and color that can persist longer than an average meteor streak. This is due to the fact that fireballs originate from larger particles of cometary material. Fireballs are also brighter, with magnitudes brighter than -3."

It is possible to see up to seven of these shooting stars per hour on its peak night.  Learn more and how/when it is best to view this shower in the link below

4. FALL BACK: It's that time of year again. If you live in the United States set your clocks back one hour. Daylight Saving Time starts at 2 a.m. on 6 November 2016. You can get a head start and turn your clock back one hour at bedtime on Saturday night. Your phone will do this automatically for you, so no need to worry about satellite flyover times while using the GLOBE Observer Clouds app after Saturday.

5. PICTURES: See this week's favorite cloud observation submissions on our Facebook page. We release a new video each week, so keep coming back there for more. You just might see the picture you submitted while using the the #NASAGO app.