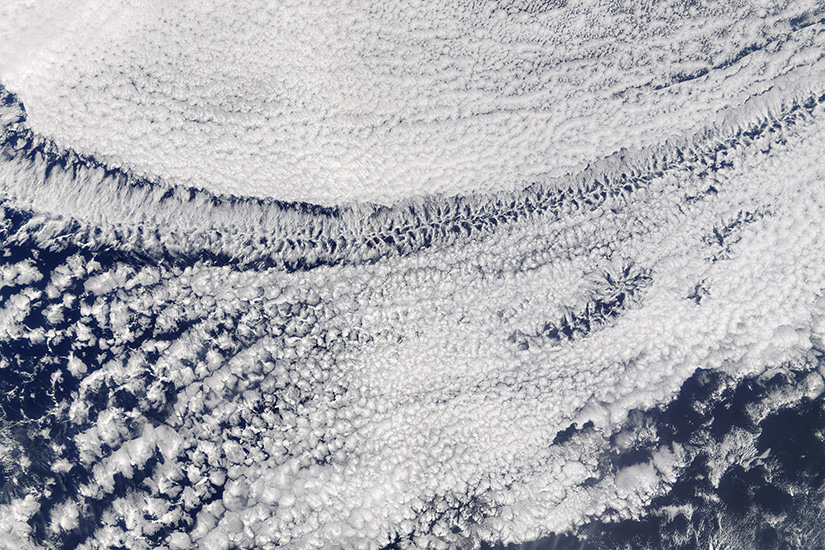 Remembrances, resources and more in this week's roundup.

1. IMAGE OF THE WEEK: Th image of clouds in the above are of a type cloud called "convective clouds." I remember seeing these kind of clouds outside my window during my last airplane trip and being wowed by how expansive and evenly shaped they were. Heavenly.

This image was taken just one year ago (1 February 2016) by the Moderate Resolution Imaging Spectroradiometer on NASA’s Terra satellite. There are two types of convective clouds pictured in the above: "closed-celled" and "open-celled."

"Closed-cell clouds look similar to a capped honeycomb from above, with opaque cumulus clouds at the center of the cells. Open-celled clouds have the opposite look. Rather than being at the center of a cell, lines of clouds trace the cell borders, leaving the centers cloud-free."

2. REMEMBER: Tuesday is NASA's Day of Remembrance (DOR).  We remember all the brave men and women who have left us in the pursuit of understanding our world. We honor their families' and their sacrifice.

3. FIRST: Explorer 1 took to the skies 59 years ago on 31 January 1958.  This was the United States' first satellite and the first satellite to carry scientific instruments. The main science instrument on board was a cosmic ray detector.

4. OBSERVATION RESOURCES: We recently updated our observation resources on the website. There you will find fun cloud identification activities, tutorials and more.