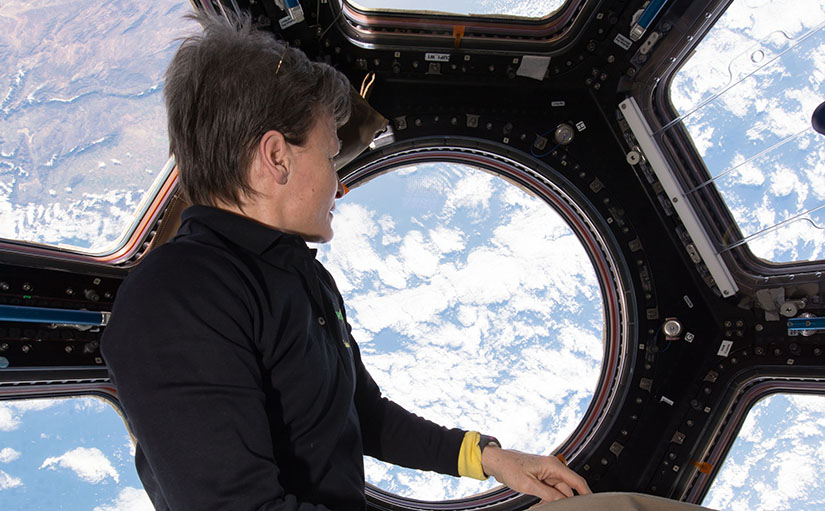 Aerosols, shadows and hurricanes. This and more in this week's edition of the roundup.

1. IMAGE OF THE WEEK: Interested in aerosols? They are key in cloud formation, but too many aerosols closer to the ground can be bad for our health. So bad that NASA is sponsoring a competition that asks people to design a new aerosol sensor. Got innovative ideas and design skills? You may just want to enter this competiton.

"The Earth and Space Air Prize is a two-phased competition. Registration for Phase 1 is open until December 13, 2017, and requires submission of a sensor design by January 31, 2018. The competition will name three finalists by the end of March 2018, and each will be awarded $50,000 to build a prototype. Finalists will deliver prototypes to the Glenn Research Center in Cleveland, Ohio, by September 30, 2018 for testing and final evaluation. The competition will announce the $100,000 grand prize winner in mid-October of 2018."

2. SHADOW: This past week marked one month since many observers took part in the eclipse experiment with the NASA GO app.  Satellites were also viewing the eclipse on Earth from their perches in space. One such satellite is called Terra.

"As the moon's shadow passed through the United States, the Multi-angle Imaging SpectroRadiometer (MISR) instrument aboard NASA's Terra satellite was capturing images of eastern Wyoming and western Nebraska from its altitude of 438 miles (705 kilometers) above the surface. MISR gathers images on a strip about 249 miles (400 kilometers) wide directly below the path of the satellite. Incredibly, given that the shadow of the Moon took only 90 minutes to cross the entire United States, and Terra itself moves at a brisk 16,700 miles per hour from north to south, MISR happened to be in exactly the right place at the right time to capture totality."

Now that's cool. Learn more and see a video showing the eclipse from space in the link below.

3. STORMY WEATHER: Another hurricane hit a Caribbean island this past week: Puerto Rico.  Our thoughts are with those affected.

"While Maria weakened slightly before making landfall on September 20 in southeastern Puerto Rico, the storm’s track was a near worst-case scenario. It ripped directly across the island with sustained winds of 155 miles per hour (250 kilometers per hour). That made it the fifth strongest hurricane to ever hit the United States."

Click the link below for a thermal image captured by the MODIS on NASA’s Terra satellite of hurricane Maria. A description of the image is as follows:

"Colder clouds, which are generally higher in the atmosphere, are shown with white. Somewhat warmer, lower clouds appear purple. The image reveals a very well-defined eye surrounded by high clouds on all sides—an indication that the storm was very intense."

4. TO-DO LIST: Unfortunately, as we have seen, it isn't over once the storm clears. Clean up and recuperation can take a very long time. Please reach out to those you know and lend a helping hand to those in need.

Plus, all that water leaves standing water -- which is great for mosquitoes, but not for us. Be sure and dump out standing water left over from the storms as well.

5. WEEKLY VIDEO:  See cloud observation submissions from the past week on our Facebook page (link below).