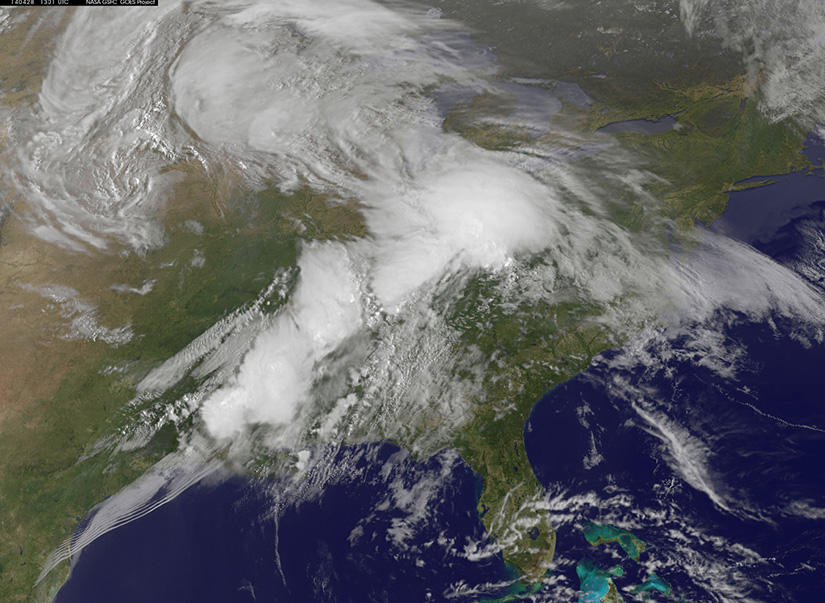 It is always good to set up some habits for your day, your month and your year. If you are like me, then the coming season marks the start of vegetable gardening and spring cleaning. What about preparing for those times that can surprise you, but do occur seasonally as well? Severe storms and more in this week's roundup.

1. IMAGE OF THE WEEK: Tornado season has started in the USA. We are very familiar with the look of a tornado from the surface of the Earth. But how about from space? The clouds in the above image show a storm system from April 2014.  Among those clouds are several tornadoes. Can you spot them? Learn more in the below as well as watch a video of the same tornadoes developing from space.

2. TORNADOES: Tornadoes are indeed violent and destructive storm systems.Thursday, 23 May marks the 104th annivesary of one such terrible storm system where seven tornadoes struck the state of Nebraska. During that storm, hundreds of people died, thousands of homes were destroyed and millions of dollars of damage took place.

For tips and preparation advice on tornadoes, please check out the second link in the below.

3. STORM SIMULATION: You may have already seen the below on our Facebook page, but just to reiterate:

Dr. Leigh Orf of the University of Wisconsin-Madison's Cooperative Institute for Meteorological Satellite Studies and his team recreated a super tornado with computer simulations to help scientists better understand tornadoes. In order to create these simulations, the team used "real-world observational data." Just think, perhaps someday the data you submit using the GLOBE Observer Clouds app will be used to create another weather simulation.

4. LEARN MORE: Want to teach your kids about tornadoes or read an article about one scientist who happened to get stuck during a tornado? Check out the links in the below.

5. VERNAL: Monday, 20 March is the start of spring and the vernal equinox. Ever wonder what the equinox looks like from space? View a video of the equinox in the first link below.

Want to learn even more about the orbit of the Earth and what happens during the equinox? Then check out the second link in the below.

WEEKLY VIDEO: See last week's favorite cloud observation submissions from around the world on our Facebook page. And don't forget to share your favorite photos with us by tagging us on Facebook and Twitter: #NASAGO.