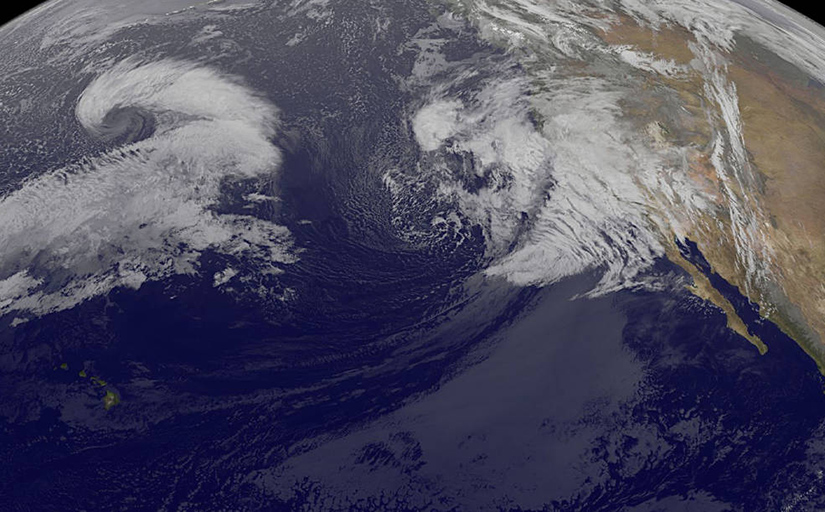 Heavy rains and fires -- it has been a week of extremes. This and more in this week's roundup.

1. IMAGE OF THE WEEK: If you live on the West Coast of the United States, no doubt you have been experiencing some heavy rain fall. The image above was taken on 17 February 2017:

"NASA/NOAA's GOES Project also provided a wider view from GOES-West that showed the Eastern and Central Pacific Ocean and two systems. Behind the system currently impacting southern California is another low pressure system to the west, in the Central Pacific Ocean. That system is also headed toward the Pacific coast."

2. LAUNCH: SAGE III will launch for the International Space Station (ISS) at 10:01 am EST from Cape Canaveral on board the SpaceX CRS-10 mission on Saturday, 18 February 2017. SAGE III will measure air quality on Earth by looking at ozone and aerosols.

EDITOR'S NOTE AND UPDATE: Launch on Saturday, 18 February was scrubbed and rescheduled for Sunday, 19 February. SAGE III did successfully launch to the space station on board a Falcon 9 Rocket on 19 February.

3. AEROSOLS:  Fires caused evacuations in New Zealand this past week. The smoke from the fires was captured in pictures (see the first link in the below) by the MODIS instrument on board NASA's Aqua satellite.

Smoke from fires places aerosols in our atmosphere.

4. FIRST: 55 years ago, come Monday, the late John Glenn became the first American to orbit the Earth. Read all about John Glenn and this historic mission in the below.