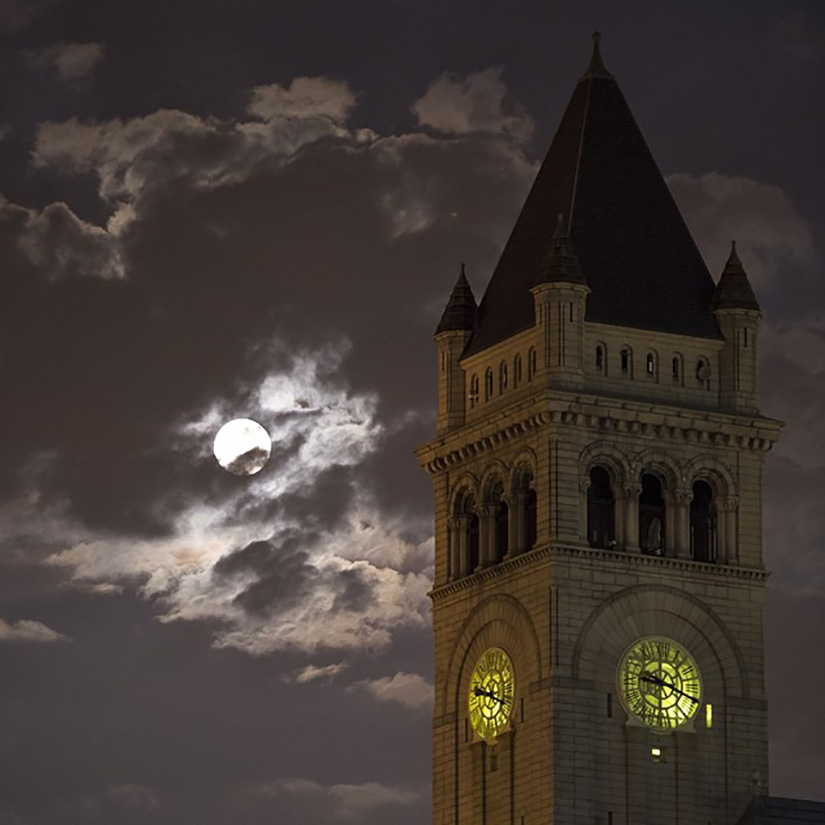 What impression do you make?  Good? Bad? Not sure? What does that mean, anyway? The word "Impression" is defined as: "An effect, a feeling, or an image retained as a consequence of experience."

What about clouds? What impression do clouds leave with you? How about other natural phenomenon? Two wonders to view and more in this week's roundup.

1. IMAGE OF THE WEEK: Supermoon.  The above image from NASA is of a supermoon with clouds over the Old Post Office and Clock Tower in Washington D.C. (Looks a little bit spooky too.) This Sunday the moon will be unusually large -- about 14% larger and 30% brighter than average.

Learn more about this natural phenomenon and when you can see two more of these in the coming months in the below.

2. BIRTHDAY: Monday, 17 October is Astronaut Mae Jemison's 60th Birthday (1956). Jemison was the first African-American woman in space and one of her hobbies is photography.

Here is what her personal website has to say:

"Dr. Mae Jemison, the first woman of color in space, is at the forefront of integrating physical and social sciences with art and culture to solve problems and foster innovation."

Aren't clouds a wonderful intersection of art and science?

It has been said that Liszt was known for his long and tapering fingers and for being a superstar of Beatlemania status. Among his compositions is a piece for piano titled "Nuages Gris" (Grey or Somber Clouds). Apparently, this piece foreshadows French impressionism in music.

I think this song is appropriate for this time of year, don't you?  Give it a "lisztin" in the below.

"This meteor shower peaks each year during mid-October, and are considered to be one of the most beautiful showers of the year. Orionid meteors are known for their brightness and for their speed. These meteors are fast -- they travel at about 148,000 mph (66 km/s) into the Earth's atmosphere. Fast meteors can leave glowing "trains" (incandescent bits of debris in the wake of the meteor) which last for several seconds to minutes. Fast meteors can also sometimes become fireballs: Look for prolonged explosions of light when viewing the Orionid meteor shower."

Due to a bright, waning gibbous moon (remember Sunday was a supermoon), it may be difficult to spot as many this year, and clouds may also prove to a problem, but even spotting a few "shooting stars" is magical. (Have you ever seen a meteor shower through clouds? It is quite spectacular too.)

4. PICTURES: See this week's favorite cloud observation submissions on our Facebook page. We will be releasing a new video each week, so keep coming back there for more. You just might see the picture you submitted while using the the #NASAGO app.