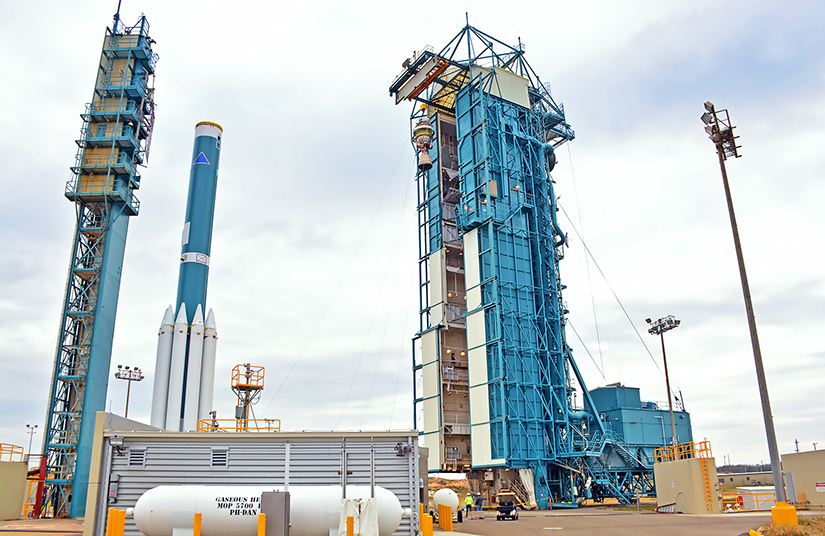 A cloud science launch and more in this week's edition of the roundup.

1. LAUNCH: The CERES instrument will launch on board the JPSS-1 satellite. This instrument has been anticipating launch all week, but due to winds has been unable to lift off. The next launch attempt will possibly be Saturday, November 18th. CERES stands for Clouds and the Earth's Radiant Energy System (CERES). Learn more about this mission in the entries below.

"What impact do clouds have on Earth’s climate? This is one of the most pressing scientific questions of our time. One way NASA is working to answer that question, among others, is by launching the latest in a long line of successful spaceflight instruments, CERES FM6. The instrument measures reflected sunlight and thermal radiation emitted by the Earth."

The above image is from the launch website, here.

2. CERES: There isn't just one CERES instrument, but there are in fact six (five are currently in orbit around our Earth).

"CERES is a key component of the EOS and Suomi-NPP observatories. The first CERES instrument flew on the Tropical Rainfall Measuring Mission (TRMM) in 1997. The instruments were launched on EOS Terra in 1999, Aqua in 2002. CERES FM5 is currently flying on the Suomi-NPP satellite mission, and CERES FM6 will fly on the JPSS-1 spacecraft. The Radiation Budget Instrument (RBI) is scheduled to fly on the JPSS-2 satellite mission. The Joint Polar Satellite System (JPSS) is our Nation's next generation polar-orbiting operational environmental satellite system. JPSS is a collaborative program between NOAA and its acquisition agent NASA."

3. WHY: So, why do we need to measure the Earth's energy anyway?

"The basic idea is this -- if our energy budget was balanced, the amount of energy leaving the Earth would be the same as the amount of energy entering the Earth.  If we have more energy entering than leaving, then we would be unbalanced, leading to heating of our planet.  If we have more energy leaving than entering, then we’d have a cooling planet.  You can watch this video to learn more about how CERES monitors Earth’s energy: https://nasaeclips.arc.nasa.gov/video/ourworld/our-world-monitoring-the-earths-climate-with-ceres

It’s important to keep track of Earth’s energy budget over long periods of time so we accurately know if and how Earth’s energy budget is changing.  Gaps in data lead to uncertainty and limits our ability to understand and predict global temperature changes. Luckily, NASA has been studying the energy budget of Earth since the 1980s with the launch of an instrument called ERBE, or Earth Radiation Budget Experiment." Keep reading the blog in the link below.

4. OF RECENT TIMES: Did you miss our mosquito-focused content and events the other week? As part of our celebration of the culmination of the global experiment and International Science Center and Science Museum Day we hosted a special Facebook Live event at the Goddard Spaceflight Center in conjunction with the DEVELOP team and the Wild Center on Thursday, November 9th. Watch the archived video of the broadcast in the first link in the below.

Later that day we shared a Snapchat story all about mosquito science. You can check that out in the second link below.

Also with the DEVELOP Team, but on on November 7th, there was a special (and open to all) telecon on how NASA satellites can predict the spread of vector-borne diseases. Listen to the archived recording in the third link below.

5. WEEKLY VIDEO: And of course, we do want to share with you our favorite cloud observation submissions from the past week. See the link below to access the video.