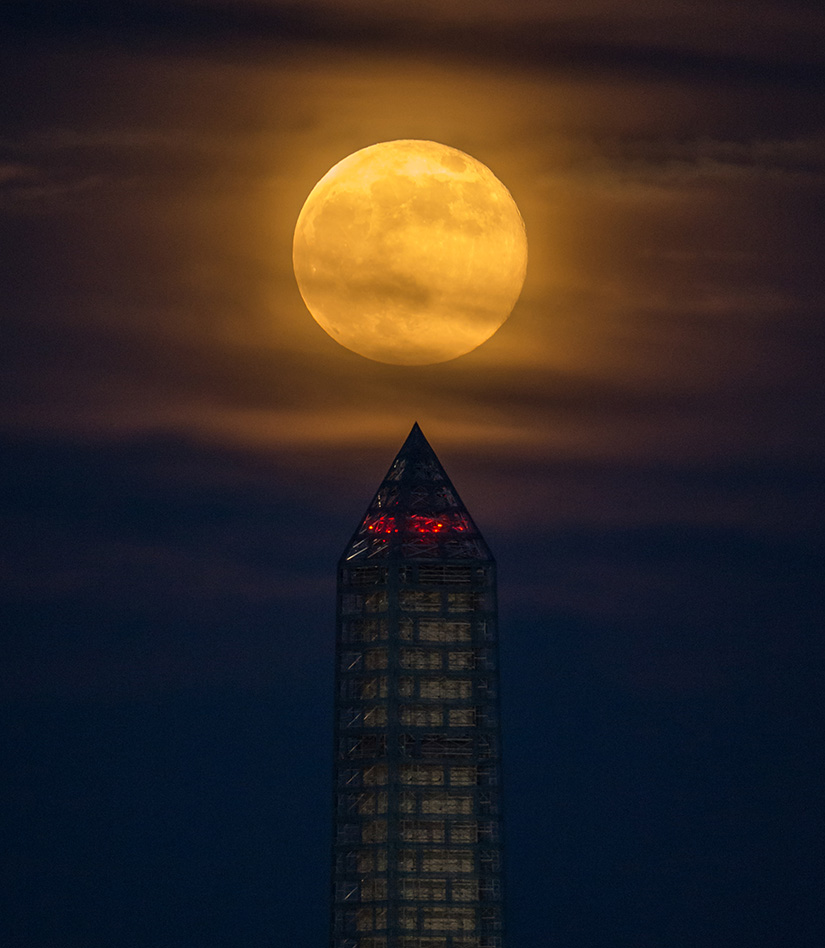 Are you well-informed? Are you good company? Getting ready for some gatherings with friends and family for the holidays or before the end of the year?

“My idea of good company … is the company of clever, well-informed people who have a great deal of conversation; that is what I call good company.”

(Anne from Jane Austen’s novel Persuasion makes this statement.  And it is true.)

This week's roundup is full of conversational tidbits and fun outings you can talk about or do with friends and family.

1. IMAGE OF THE WEEK: The third and final supermoon of 2016 will take place on 13/14 (Tuesday/Wednesday) December 2016. The above image is of a supermoon back in June 2013 as it rose behind the Washington Monument. See the first link below for images of November 2016's special supermoon. Perhaps you will take and share an awesome image of this natural wonder this week?

2. GEMINIDS: The Geminids meteor shower will peak on 13/14 December, which also happens to be the date for the supermoon -- this will make for a bright night – not the best for catching sight of some shooting stars. Try viewing them on the 11th instead -- you should be able to see some then. More about viewing early, in the first link below.

"Their powered aircraft flew for 12 seconds, making them the first men to pilot a heavier-than-air machine that took off on its own power, remained under control, and sustained flight."

"NOW, THEREFORE, I, BARACK OBAMA, President of the United States of America, do hereby proclaim December 17, 2015, as Wright Brothers Day."

4. LAUNCH: Flight is a precursor to spaceflight and there will be a flight to space this week. CYGNSS will lift off from Kennedy Space Center on Monday, 12 December. This mission will help improve weather predictions of such happenings as hurricanes.

Update: Launch is rescheduled for 14 December 2016.  Stay informed about the launch, here.

5. AGU: This week is the American Geophysical Union's annual conference in San Francisco, California.  If you are going, check out GLOBE Observer at the NASA booth. We will also be presenting and have a few posters too. See you there.