The NASA GLOBE Clouds team would like to thank citizen scientist Ms. Carmen Mandel. Because of her diary of cloud observations, she was able to pinpoint for the team instances when satellite matching was not working properly. The issues have been resolved thanks to you Ms. Mandel!

What is a satellite match?

We need your help collecting data to better understand the different types of clouds and the effects they have on Earth’s climate. Satellites only see the top of the clouds while you see the bottom. By putting these two vantage points together, we get a much more complete picture of clouds in the atmosphere. 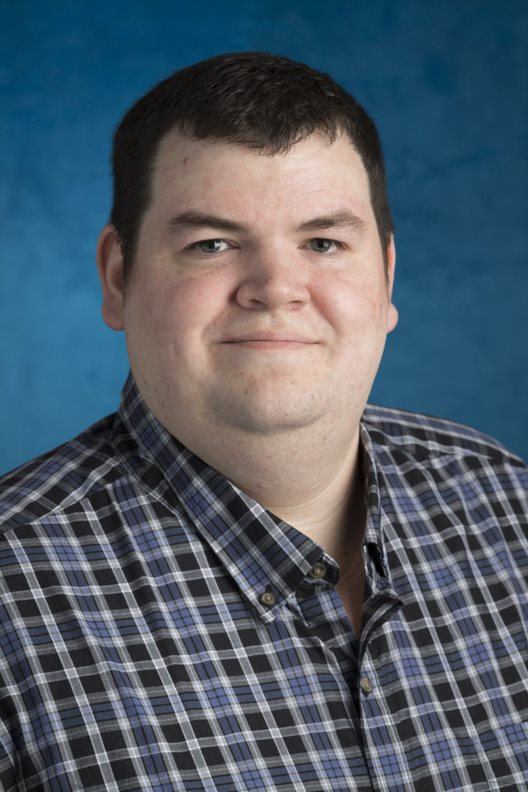 NASA Research Scientist: Use the datasets produced by NASA GLOBE Clouds to address important scientific questions in atmospheric science, such as assessing the ability of satellites to detect clouds in certain meteorological conditions in which they have difficulty.

Question: Where are you from?

Answer: I grew up in Houston, TX.

Question: What is your favorite part about your work with GLOBE Clouds?

Answer: Citizen science is a rapidly growing aspect of the scientific endeavor, and it’s neat being part of the effort to integrate citizen science data with professional scientific research. In particular, the crowdsourced nature of GLOBE Clouds data provides some interesting challenges in analyzing the data, where the volume of reports from the participants can be used, with care, to offset the uncertainties and lack of calibration in individual reports. It’s fascinating to see when the GLOBE data agree closely with other meteorological datasets, and also when they disagree substantially!

Question: What do you like to do when you aren’t working?

Answer: I’ve always been interested in astronomy as well as meteorology – the two sciences that involve looking up. In the past few years I’ve become an amateur astronomer of sorts, and I participate in clubs and observing programs to grow my stargazing abilities. It was interesting for me to witness the 2017 solar eclipse as part of my hobby, and then later be recruited by GLOBE Clouds to assess the meteorological effects of the eclipse using their data!

Question: What inspired you to work in this field?

Answer: I’ve been interested in meteorology since pre-school, so becoming an atmospheric scientist was a natural choice. I initially wanted to study severe weather, and so went to the University of Oklahoma, but developed an interest in the climate aspect of atmospheric science while getting my undergraduate degree. That’s what ultimately led me to NASA instead of NOAA.

Question: What kind of classes did you take to prepare you for your job at NASA?

Answer: As a science major, a lot of science and math. I wound up getting a math minor as a byproduct of the required math courses.

Question: What kinds of skills do you need in your job that you didn’t learn in school? What are some of the most important lessons you have learned in your life?

Answer: Half of science is communicating your ideas and findings. You can do the best research, but if you don’t tell anyone about it, you may as well not have done it. While most science students will take a couple of courses on technical writing and speaking in their careers, there is no substitution for continual learning and practice. Speeches can be tough for introverts like me, but it gets somewhat easier with more experience – taking lots of time to rehearse speeches really helps. And in addition to presenting to your peers, there is a growing appreciation in the scientific community of the need to present science to the general public, which requires a fairly different skill set from technical presentation. This is especially true for citizen science. And a bonus for speaking with the general public is that skillset can carry over to other aspects of life – clubs, community gatherings, and other situations where you have an opportunity to address a group of people.

Question: Have you had questions about how to identify cloud types?

Answer: If you said yes, you are not alone! Many have wanted a bit more help identifying the cloud they see in their skies. This is why the GLOBE Observer team has put together the new clouds wizard!

The cloud wizard asks simple yes or no questions based on qualities or descriptions of the cloud (is it raining? Is it puffy? Is it wispy?). As you answer the questions, the cloud wizard will suggest a cloud type with several photo examples of that type of cloud. If you are still unsure, you can select “learn about this cloud” to get a full definition of the cloud type. The cloud wizard then uses visual animations and photos to help you identify percent cloud cover and cloud opacity.

To try the Clouds Wizard, open the GLOBE Observer app and download the update. Then, open the Clouds tool and start an observation. After you identify overall cloud cover and sky color, you will see a screen that allows you to select “Manual Cloud Identification,” which is the traditional clouds interface, or “Guided Cloud Identification Wizard.” Select the clouds wizard option to check it out.

Remember, always follow guidelines from your local officials, and only participate in GLOBE activities or use the GLOBE Observer app if it is safe to do so.

Science Topic: Why do your observations matter?

Question:Why does a cloud observation include things like cloud cover, cloud type, visibility, and sky color?

Answer: All observations you take while doing a cloud observation can have an impact in the research of better understanding changes in our atmosphere. The more observations, the better! Dr. Brant Dodson has developed a technique to evaluate the robustness of your observations and has found that a large number of data matters, especially when comparing them to other meteorological data sets.

The table below gives you examples of how different portions of the cloud observation can be impactful in research.

Current events are resulting in changes, especially to air quality around the world.

This news item is reproduced from the original S-Cool news post.