Have you ever wondered what happens after you submit your GLOBE Observer data? Citizen science data has many applications and is also incredibly important for scientists who are working in the field of artificial intelligence (AI). This is because citizen science observations are an effective way to obtain the tens of thousands of photos needed to train, validate, and test predictive models developed using machine learning.  This puts the photos that you upload using the Mosquito Habitat Mapper and Land Cover tools at the cutting edge of computational science research.

There are several research teams that will be actively accessing GLOBE Observer photos and using them to train learning algorithms to predict and label features in the photos. Through NASA’s Established Program to Stimulate Competitive Research (EPSCoR), teams from the University of Vermont, University of Wyoming, New Mexico State University, and the University of Puerto Rico will be conducting collaborative research through Goddard’s AI Center for Excellence and will be using your land cover and mosquito habitat photos to develop automated image recognition systems. 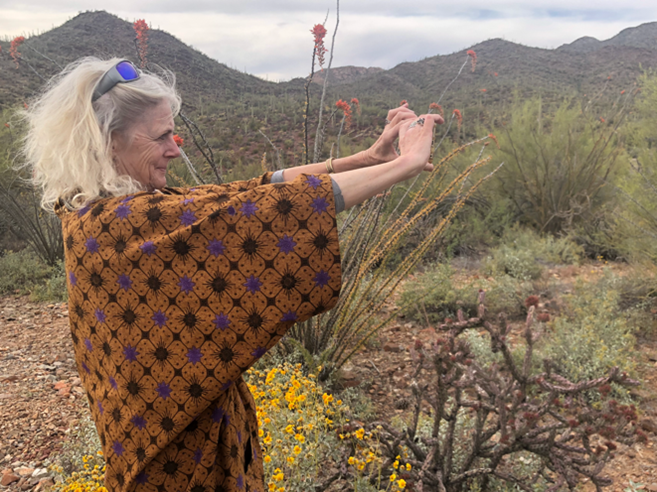 Another project, funded by the National Science Foundation (NSF), is focusing on the development of automated image recognition systems to identify mosquito species that are vectors of diseases (http://mosquitoAI.org). In this project, Dr. Ryan Carney and Dr. Sriram Chellappan from the University of South Florida are analyzing mosquito larvae photos submitted through the GLOBE Observer app’s Mosquito Habitat Mapper tool. After images are uploaded, the algorithms categorize anatomical components of the insect and match them with known characteristics of each species. The immediate goal is to detect and eradicate invasive mosquito species that spread deadly diseases such as malaria and dengue. Over time, this collection of data will better inform mosquito habitat and disease prediction maps with unprecedented detail. Also, the automated classification of the mosquito larvae can be used to confirm the manual identifications uploaded by GLOBE Observers. 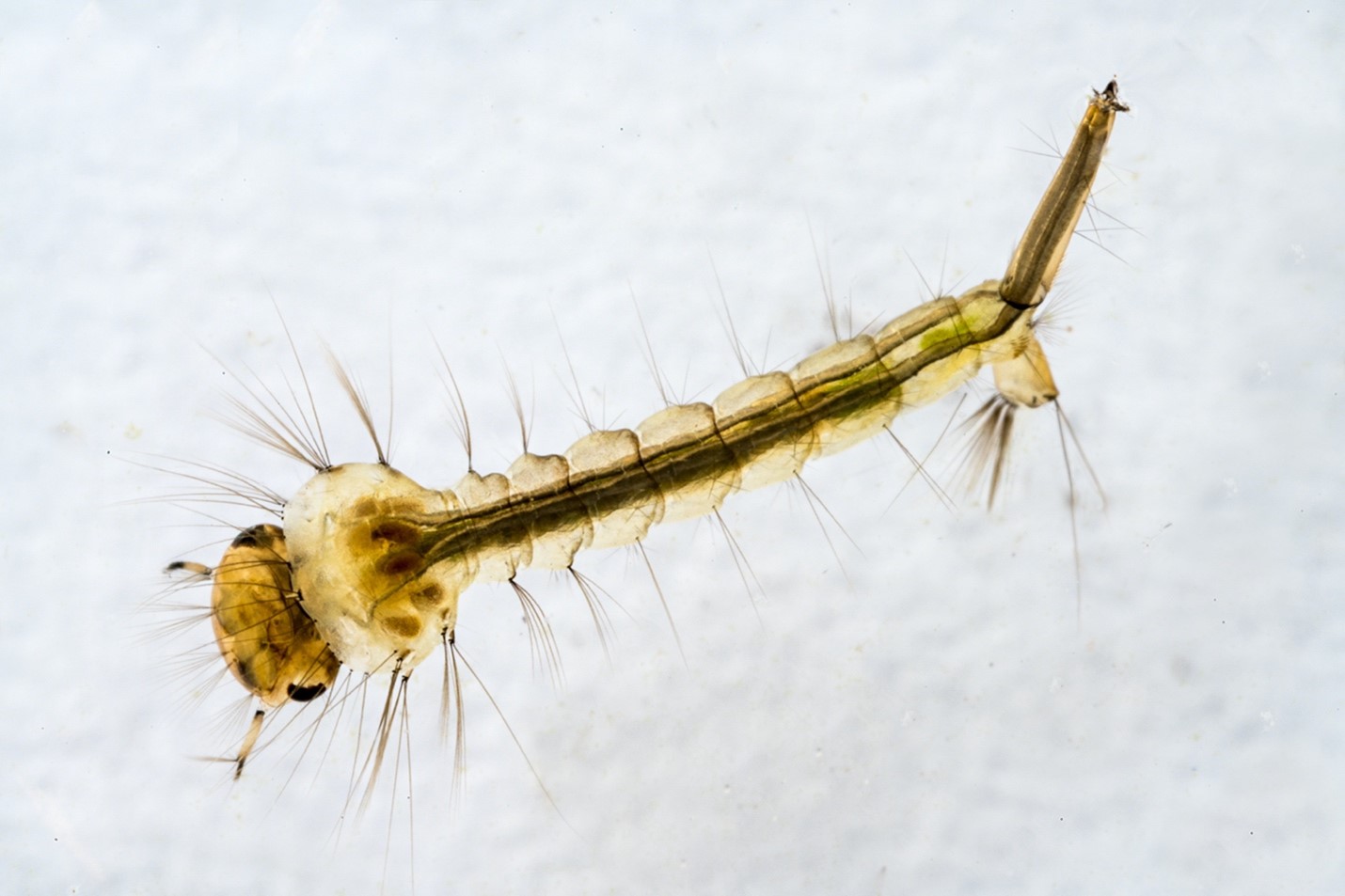 A big way GLOBE Observers can help this project is by submitting multiple photos of larvae, along with the land cover data. The Mosquito Habitat Mapper tool allows you to upload up to nine photos. “The most important thing is that as much of the larva’s anatomy as possible is in focus,” suggests Dr. Carney. “Second, we need three sets of photos: the full body, the tail end, and the head and thorax. Finally, all the hairs should be captured in these photos.” The image below shows the parts of the mosquito larvae where the team needs your closeup images to be taken.

To help with the need for photos by all of these teams,  GLOBE Observer  is gearing up for the Mosquito Habitat Photo Challenge, which will launch July 25, 2021 and run through August 25, 2021. During this period, the public is being asked to make observations of mosquito habitats and any larvae found in the habitat using the Mosquito Habitat Mapper tool in the GLOBE Observer app. In addition, the public is asked to photograph the surrounding land cover, using the Land Cover tool in the app. “This is the first GLOBE Observer Challenge which is responding to a specific data request by scientists from five different research projects at the same time. It’s going to be exciting to see the research outcomes resulting from this challenge over the next two years,” says Dr. Rusty Low, Science Lead for GLOBE Observer Mosquito Habitat Mapper. “And because GLOBE Observer data is used in these five AI projects, our citizen science community will continue to be informed about the progress of these projects as they unfold.”

There will also be a webinar on July 8 at 2 pm ET where all citizen scientists interested in participating can learn more about this important research project. Go here to register in advance (attendance is free and open to the public). 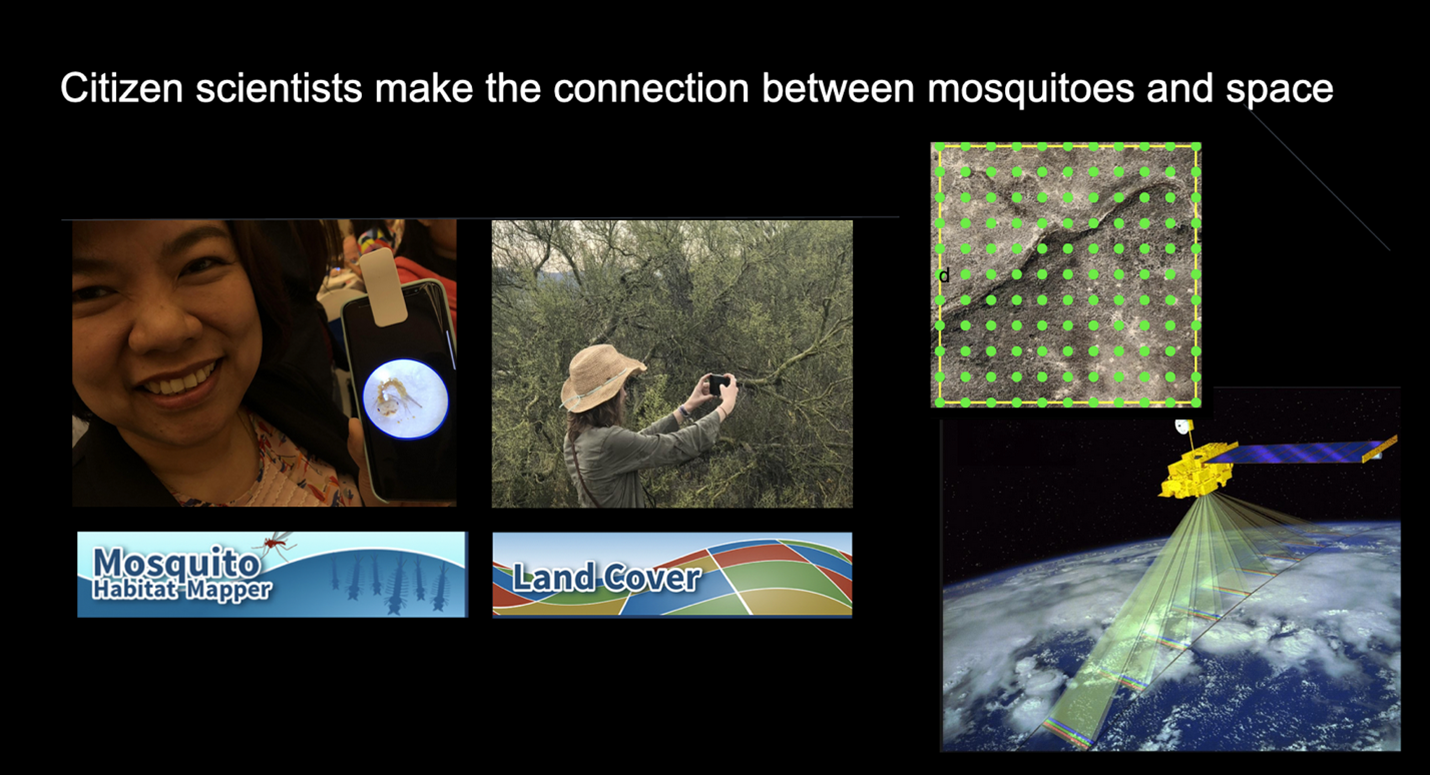 Dr. Ryan Carney is an Assistant Professor in the Department of Integrative Biology at the University of South Florida, and a National Geographic Explorer. He is Principal Investigator for the NSF-funded mosquito artificial intelligence project (mosquitoAI.org), and studies diseases and dinosaurs (CarneyLab.org).

Dr. Rusty Low is a senior scientist with the Institute for Global Environmental Strategies, Arlington, VA and is the Science Lead for GLOBE Observer Mosquito Habitat Mapper. Dr. Low serves as a co-PI with Dr. Carney on the NSF mosquitoAI.org project, and she also supports the NASA EPSCOR AI project teams as a senior science subject matter expert.