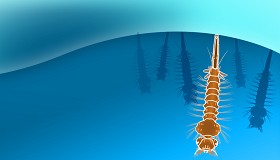 Museums and Science Centers: You are invited to join us for one of two webinars to learn more about the GLOBE Observer's app new Mosquito Habitat Mapper (MHM).

At the webinars GLOBE Observer will also share the research that is taking place to identify the spread of mosquito borne diseases, which includes the use of satellite technology to identify environmental conditions that enable mosquitoes to thrive. Each institution participating in the Global Experiment can identify the mosquito season for its region prior to the activity, so it can host events during the time when mosquitoes are active locally and can determine the level and kind of involvement that matches its programming objectives.

(NASA GO's Mosquito Habitat Mapper (MHM) is a founding member of a new alliance among citizen science organizations and the United Nations Environmental Program that seeks to escalate the global fight against mosquito-borne diseases.)