Because the eclipse is such a time-focused event, we have also been able to pull some data sets that might be useful for a variety of people, and could save time in accessing the data. See below for air temperature data sets pulled by state and country for the date of 8/21/2017. Files are in zipped folders unless noted, and can be downloaded as comma separated value (CSV) files, or Excel (XLSX) files, which preserves some formatting that may make them easier to work with.

Observations submitted through the GO app receive a unique identifier for each location from which data are submitted. The identifier is tagged to the latitude and longitude information of the submission, which is automatically obtained through the device being used to run the GO app. Each unique identifier is considered an independent unique observer for our purposes. The time of each observation was recorded to the nearest minute. The observer could choose to input temperature as either Fahrenheit or Celsius, but the temperature values were recorded in the database to the nearest degree Celsius.

General notes about the files:

This video shows a quick view of the more than 80,000 air temperature measurements collected during the total solar eclipse on August 21st, 2017. 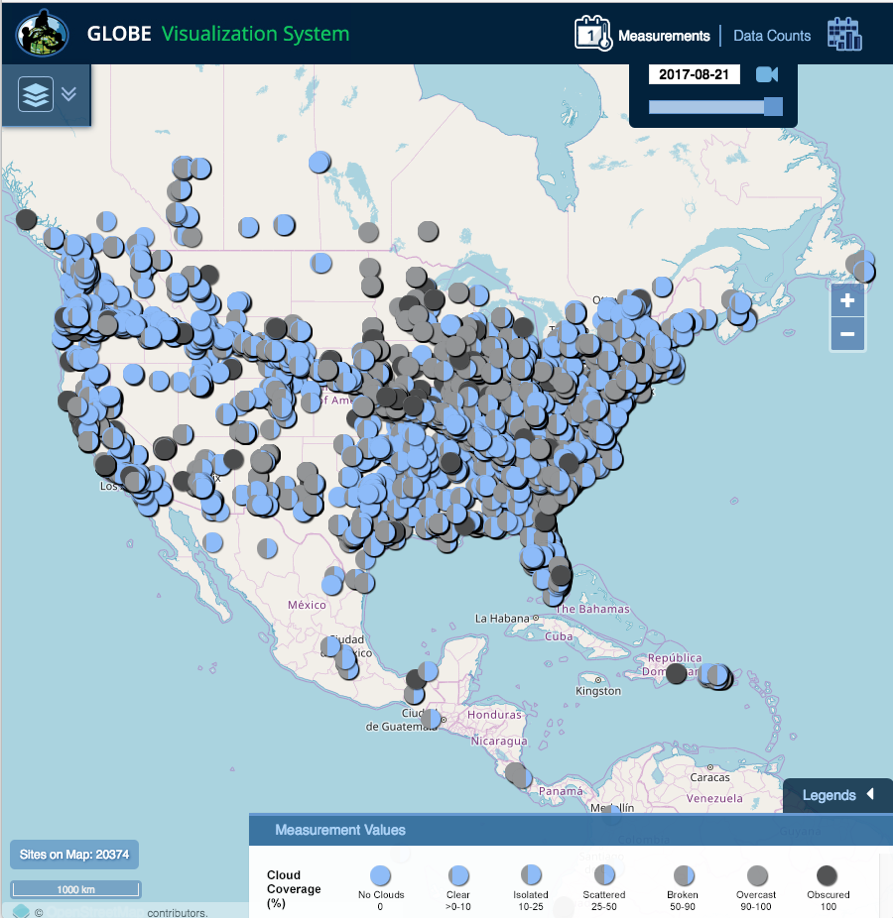