Clouds observations help NASA scientists understand clouds from below (the ground) and above (from space). Clouds play an important role in transferring energy from the Sun to different parts of the Earth system. Since clouds can change rapidly, frequent observations from citizen scientists can help complete the scientific picture.

Mosquito Habitat Mapper makes it possible for citizen scientists to observe, record and share the locations where potential disease vectors are breeding. The data are important to scientists who are using satellite data and computer models to predict disease outbreaks and epidemics. The thousands of observations provided by citizen scientists will make it possible to track the range and spread of invasive mosquitoes that can potentially be a health hazard for communities.

Land Cover enables citizen scientists to photograph the landscape, identify the kinds of land cover they see (trees, grass, etc.), and then match their observations to satellite data. Citizen scientists can also share their knowledge of the land and how it has changed. Scientists need detailed and regularly updated land cover maps because land cover is critical to many different processes on Earth and contributes to a community’s vulnerability to disasters like fire, floods or landslides.

Trees observations allows citizen scientists to measure tree height (and optionally tree circumference) to track the growth of trees over time. Tree height is the most widely used indicator of a environment’s ability to grow trees. Observing tree height allows NASA scientists to understand the gain or loss of biomass which can inform calculations of the carbon that trees and forests either take in from or release into the atmosphere. 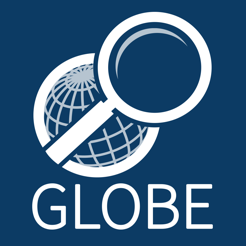